If yes, the appropriate number of tokens are removed ("cashed in") and packet is permuitted to pass through the queue. 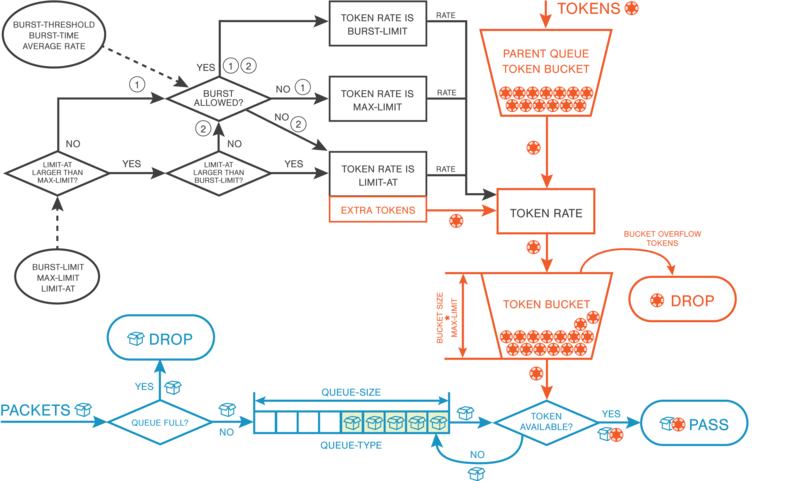