Difference between revisions of "Manual:IP/DHCP Relay"

DHCP Relay is just a proxy that is able to receive a DHCP request and resend it to the real DHCP server.

DHCP relay does not choose the particular DHCP server in the dhcp-server list, it just send the incoming request to all the listed servers.

Let us consider that you have several IP networks 'behind' other routers, but you want to keep all DHCP servers on a single router. To do this, you need a DHCP relay on your network which relies DHCP requests from clients to DHCP server. 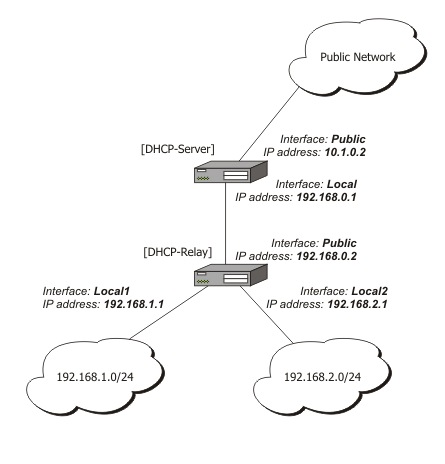