In this example we will take a closer look at required L2MTU of all Ethernet like interfaces including Bridge, VLAN, VPLS interfaces. 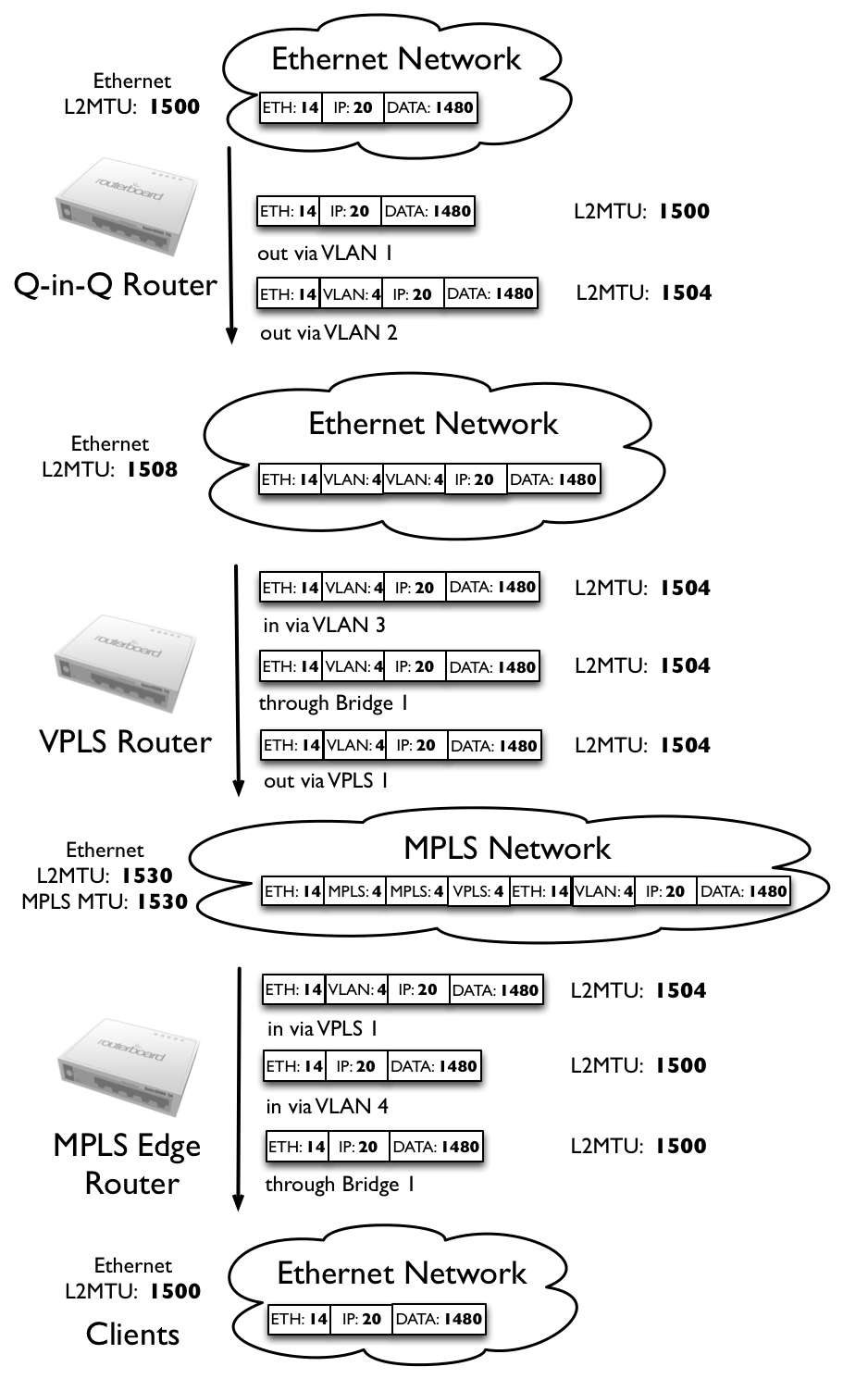