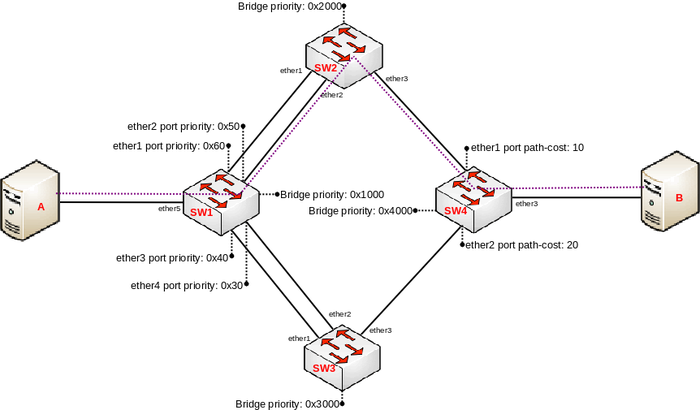 Note: The sequence of parameters in which MSTP checks to elect root bridge/ports are the same as in (R)STP, you can read more about it at the (R)STP Election Process section. 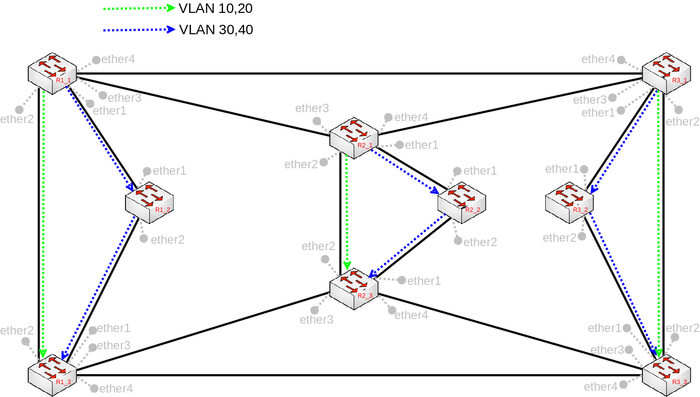 Start by adding each interface to a bridge, initially you should create a (R)STP bridge without VLAN filtering enabled, this is to prevent loosing access to the CPU. Each device in this example is named by the region that it is in (Rx) and a device number (_x). For larger networks configuring MSTP can confusing because of the amount of links and devices, we recommend using [ https://www.mikrotik.com/thedude | The Dude ] to monitor and design a network topology.