Difference between revisions of "User talk:Sudiptakp"

It is very common practice to isolate group of users in a network using VLANs. In wired

Networks we use lot of Trunk links to carry and extend VLANs from one switch to the other.

Let us assume the Scenario as following. 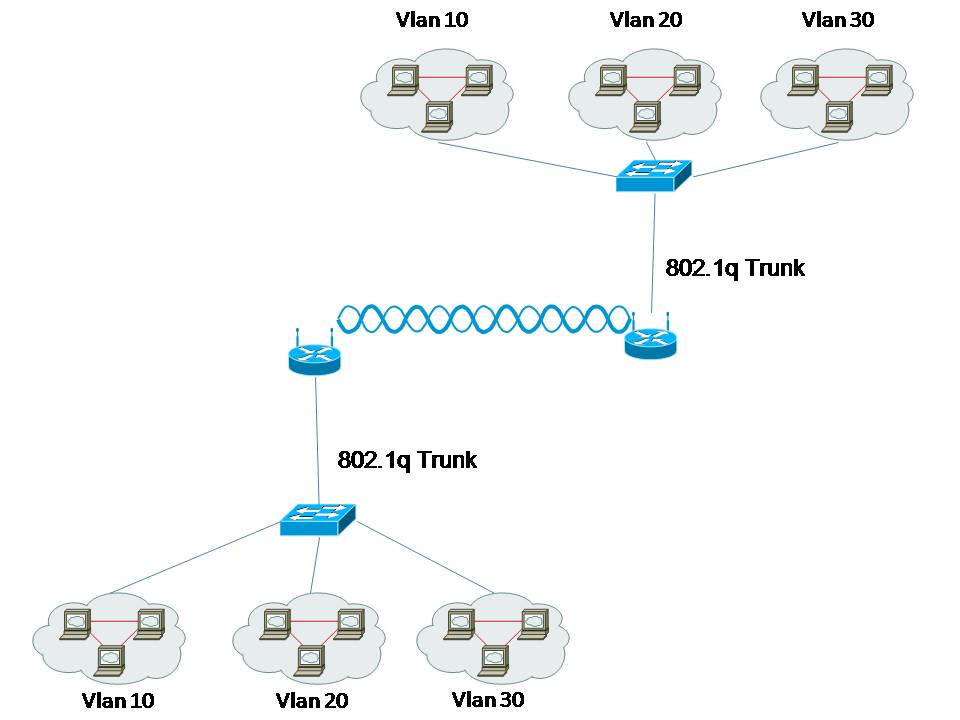 A. Create VLAN interfaces for your vlans

You need to create as many VLAN interfaces as the total no. of VLANs being forwarded through

the trunk link. Here in this example I have maintained symmetry between VLAN ID and the name

of the corresponding VLAN interface. 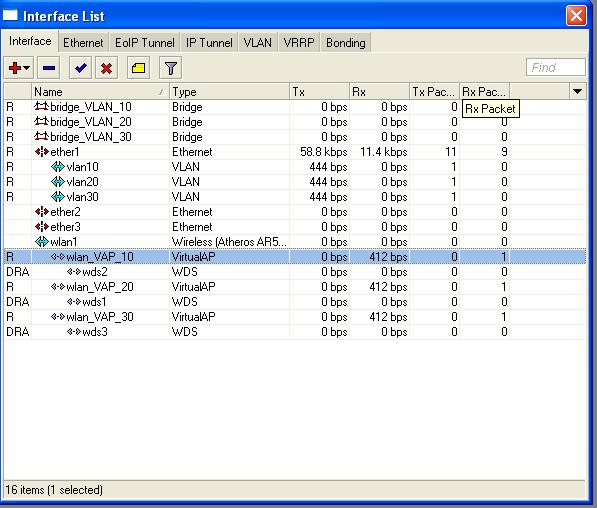 B. Create bridges - one per vlan

One has to create as many bridges as the number of the vlan interfaces. This will run 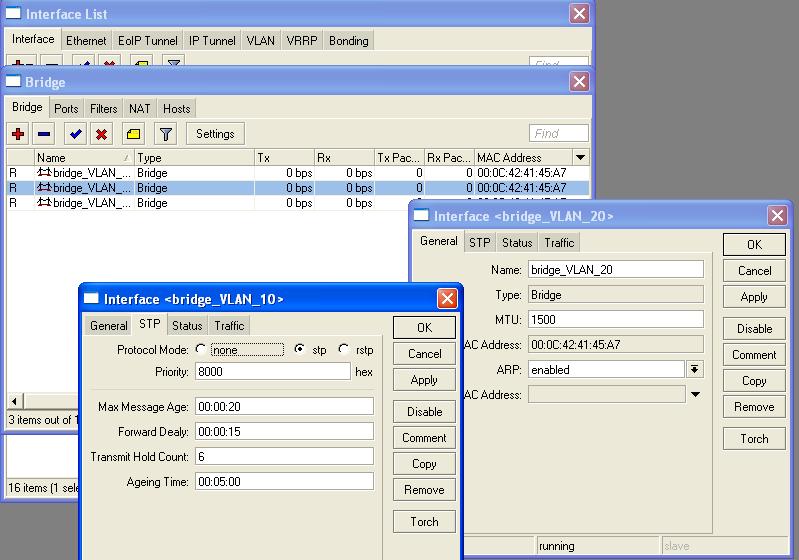 After the creation of the bridges, vlan interfaces need to be assigned to the corresponding

bridges. This is to note that no primary interface like ether1 or wlan1 is assigned to the

bridges. If this is done by mistake, the whole system might stop forrwarding frames. 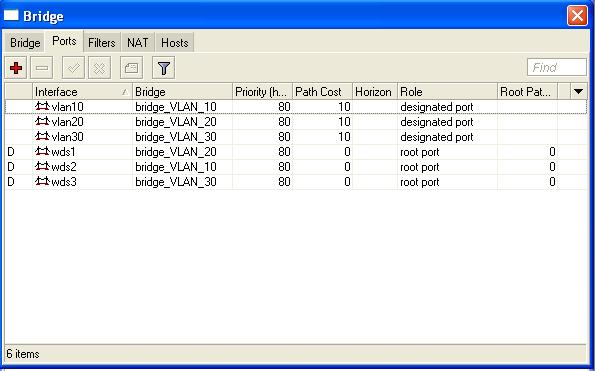 SSID associated with it.

as MAC address. RouterOS will dynamically assign a MAC address to these. 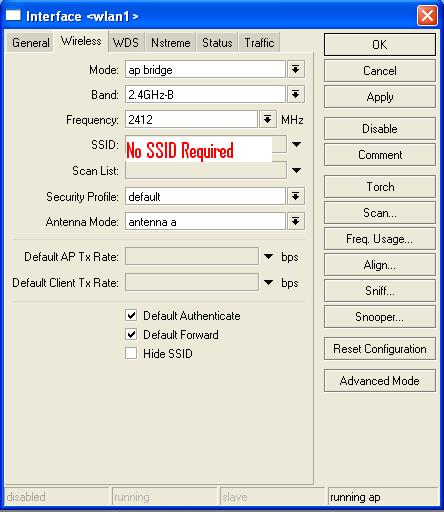 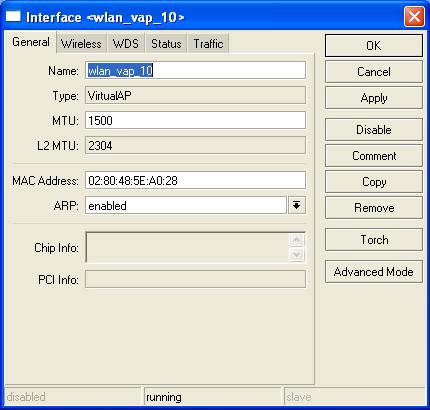 VAP Wireless TAB: Create a meningful SSID. It is advisable to hide SSID. 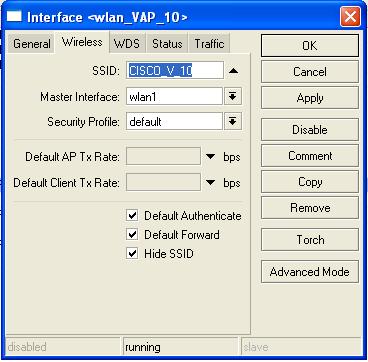 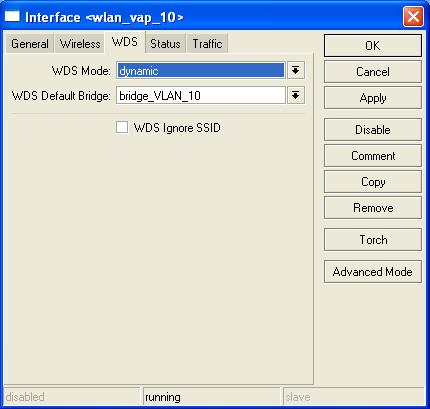 would be able to carry is 128 at maximum. In last 10 years I have not encountered a

situation where a trunk was carrying those many VLANs.