In old days we used bridge devices to connect multiple network segments together, but today most of switches act as bridges themselves. Mikrotik RouterOS can act as bridges too.

What a bridge doing?

Bridges are using to connect network segments together in layer 2. As I said almost switches acting as bridges today and don’t need to configure anything on them. But a Mikrotik router (unlike a cisco switch) won’t work as bridge automatically and need to be configure.

How to configure Bridge on a Mikrotik router?

It’s so simple in Winbox, you make a bridge interface then drop the physical or logical interfaces (on separate segments) on it! 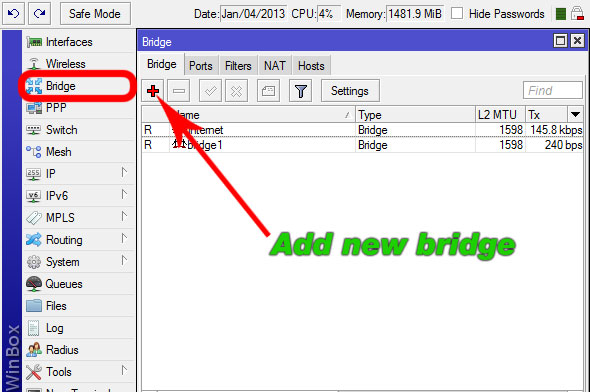 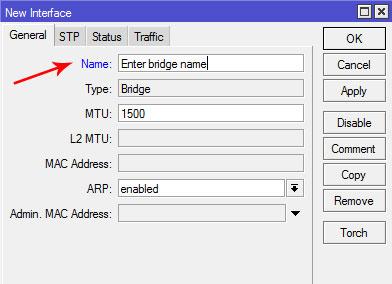 After enter bridge name and click on OK or Apply Button we made our bridge Interface. And now we can add interfaces to bridge which we want to act as bridge-ports, one by one: 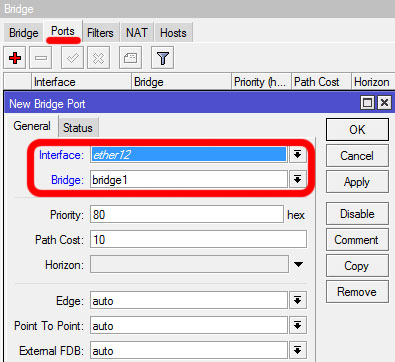 now our simple bridge is ready. I will talk more about bridging and will focus deeper on it, like what is BPDU or how to elect root bridges, Loop preventing by using STP, RSTP and etc.