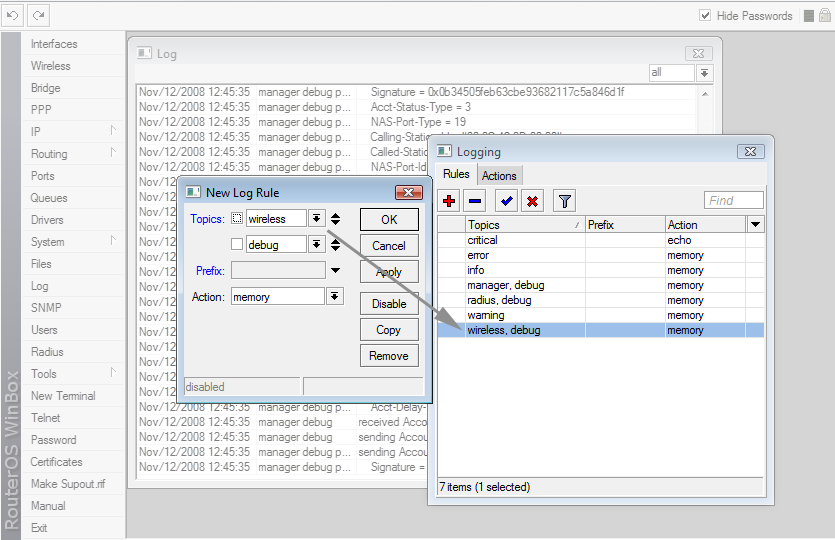 "control frame timeout" - AP was unable to transmit to the client (similar to error message that you see in the 802.11 protocol - extensive data loss)